It’s one foot in front of the other for Peace Valley landowners who were left dismayed by Premier John Horgan’s decision on Monday to continue construction of Site C.
Dec 14, 2017 11:41 AM By: Alaska Highway News Staff 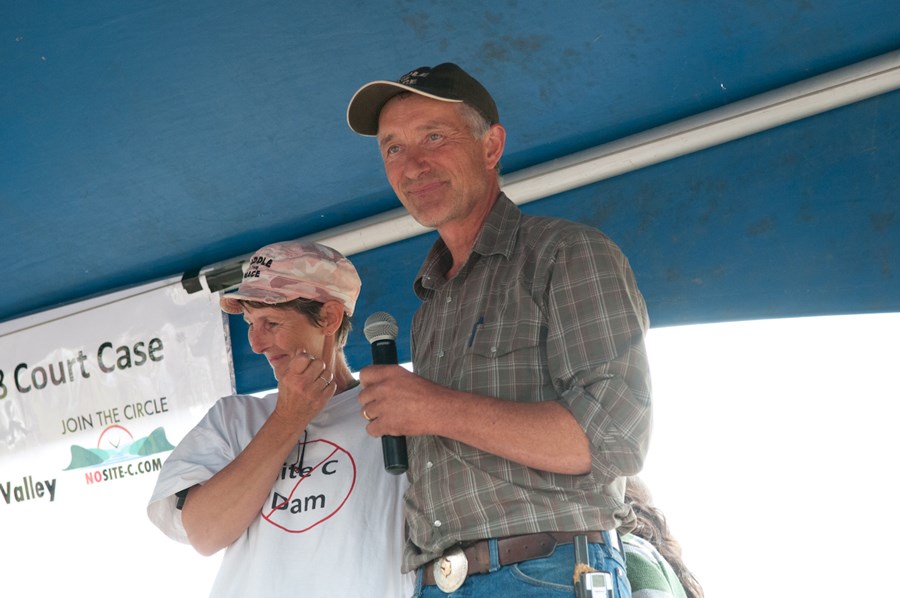 Arlene and Ken Boon speak at Paddle for the Peace. - Zoë Ducklow Photo

It’s one foot in front of the other for Peace Valley landowners who were left dismayed by Premier John Horgan’s decision on Monday to continue construction of Site C.

Ken Boon, president of the Peace Valley Landowner Association, was hopeful Horgan was the answer to stopping a project he and his wife, along with their neighbours throughout the valley, have been fighting for decades.

To hear Horgan admit the dam was past the point of no return added insult and injury for the Boons, who saw most of their third-generation farm at Bear Flat expropriated last December to make way for the dam and a realignment of Highway 29.

“It’s hard for any of us to predict the future right now,” Boon said.

“Obviously, Horgan has announced they’re going to proceed. What’s going to happen next though? Are the geotechnical issues going to cause further costs and delays? The First Nations, are they going to receive an injunction to stop the work? Is the NDP party going to implode?”

Boon said he didn’t vote for the NDP in the May election, but had been impressed with its new government until now.

He cast aside Horgan’s spin on his decision, saying the premier took bad advice on how to amortize the estimated $4 billion of construction, planning, and remediation costs of cancelling.

Boon’s organization had been working with U.S. energy consultant Robert McCullough throughout the BC Utilities Commission review of the project, and who tried to dispel those myths in a Nov. 30 meeting he earned with Horgan’s cabinet, he said.

“We put our faith fully in this BCUC review and engaged in it in a big way, and at great expense,” Boon said, adding he can’t see his landowner group pursuing more legal action alongside Treaty 8 First Nations.

The dam has plenty of outstanding troubles that could further drive up its now $10.7 billion pricetag, Boon added. There are plenty of concerns to address throughout the valley, Boon said, including geotechnical concerns at the dam site, Highway 29 realignments to Hudson's Hope, farm relocations, and plans to find and tap new water wells for relocated residents.

"What will the cost ultimately end up being? Who knows. It's a bad decision all around," he said.

“This could have been a defining moment for the NDP to get one of the keys things they had to deal with and get it right. They’ve taken on all of the problems of Site C and adopted them as their own."

Earlier this summer, Bellringer's office scaled back a planned audit of the dam in light of the utilities commission's review and said that it would monitor project developments. 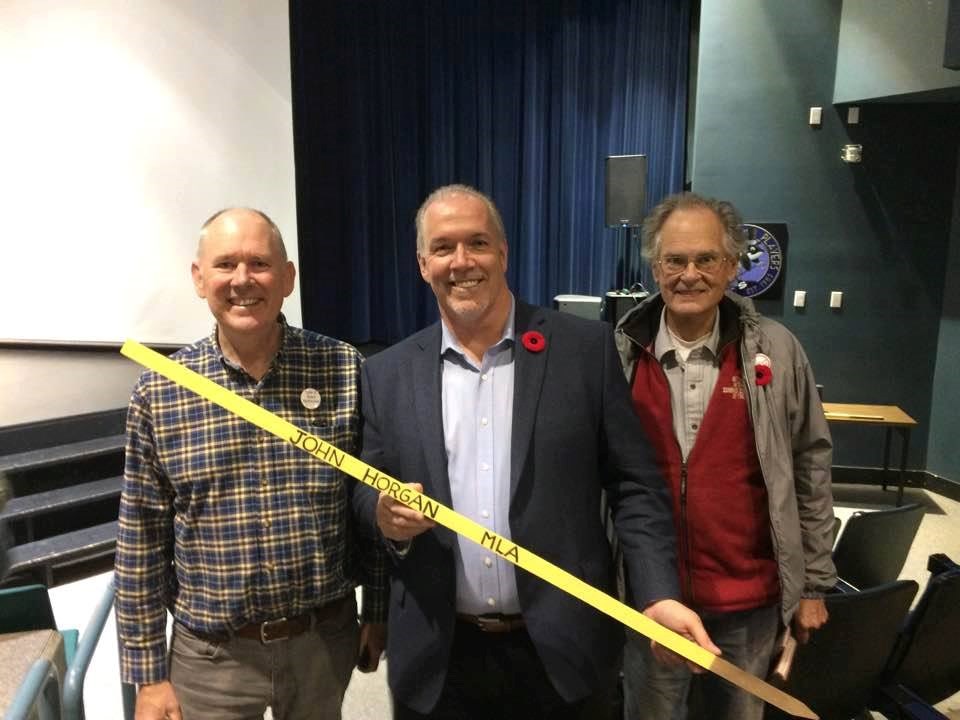 Behind the Boon household sits a yellow stake that was punched into the ground as part of a campaign for Site C opponents to fund legal challenges against the dam. The name on one of those stakes? John Horgan, MLA.

One Fort St. John resident Shelley Ouellette took to social media after Horgan's announcement and jokingly suggested auctioning it off to continue supporting those legal challenges. The bids reached as high as $1,000.

For now, the future of the stake is undecided, though many see it as a stinging piece of symbolism for what many describe as a betrayal by Horgan's decision.

In an interview, Horgan said the stake was bought in his name at an event in his Juan de Fuca constituency.

"There's no getting away from the fact that I've been around this issue for decades. I was the energy spokesperson for the official opposition for a decade, I've been to the region many, many times, I understand energy policy. I've been on many sides of Site C over the years, depending on circumstance," he said.

"I've never run away from that. If people want to make symbolism of a yellow stake, they're certainly entitled to do that. But that was purchased by someone at a meeting and was in my name and I didn't disagree with that. I didn't want to discourage people from doing everything they could to get us to a point where we could have a genuine discussion."

That genuine discussion—meaning a utilities commission review—happened only because his NDP government assumed power over the BC Liberals, he said. Had the Liberals remained in government, a review of the project likely wouldn't have happened, Horgan said.

"They would have continued to lead people with the impression the project was on time and on budget when it was not," he said.