Three pullouts are planned for Old Hope Road as work ramps up to begin clearing the eastern portion of the Site C reservoir, BC Hydro says.
Dec 4, 2018 2:11 PM By: Alaska Highway News Staff 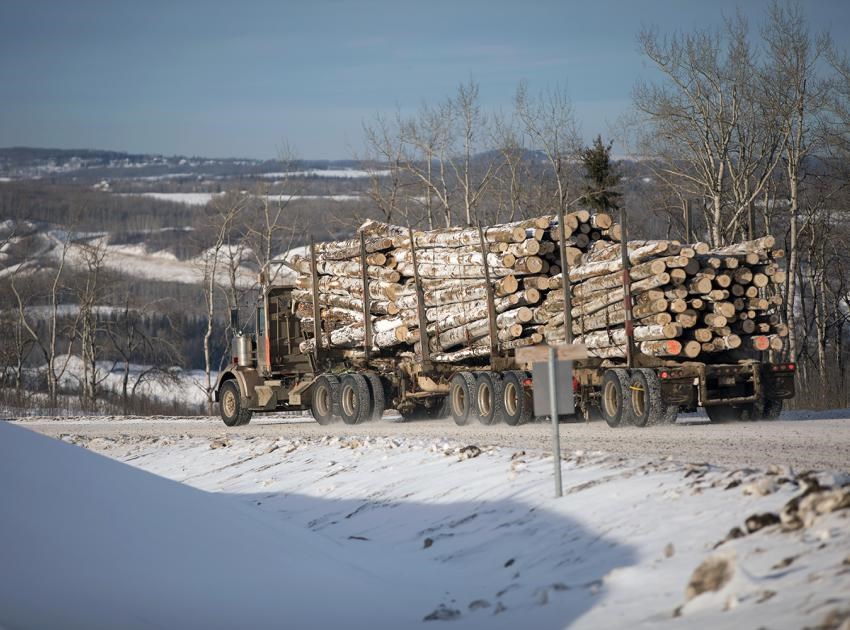 Merchantable timber being transported to local mills, January 2018.BC Hydro

Three pullouts are planned for Old Hope Road as work ramps up to begin clearing the eastern portion of the Site C reservoir, BC Hydro says.

The pullouts are being built at the south end of the road, which will be used as a reservoir access point until mid-2020.

Construction is expected to take four weeks, depending on the weather, and clearing will start once access is improved, BC Hydro says.

Clearing will take place between December and 2018 and spring 2019, and merchantable timber will be hauled to local mills using the Old Hope Road. All other wood will be chipped, mulched, or burned on site, BC Hydro says.

Clearing is expected to add one or two extra heavy trucks on Old Hope Road per hour between 6 a.m. and 6 p.m., BC Hydro says.

Hauling will be co-ordinated to minimize traffic during school bus pick up and drop off hours, and road use will be monitored daily to discuss safety and traffic , it says.

Motorists are asked to use caution along the road.