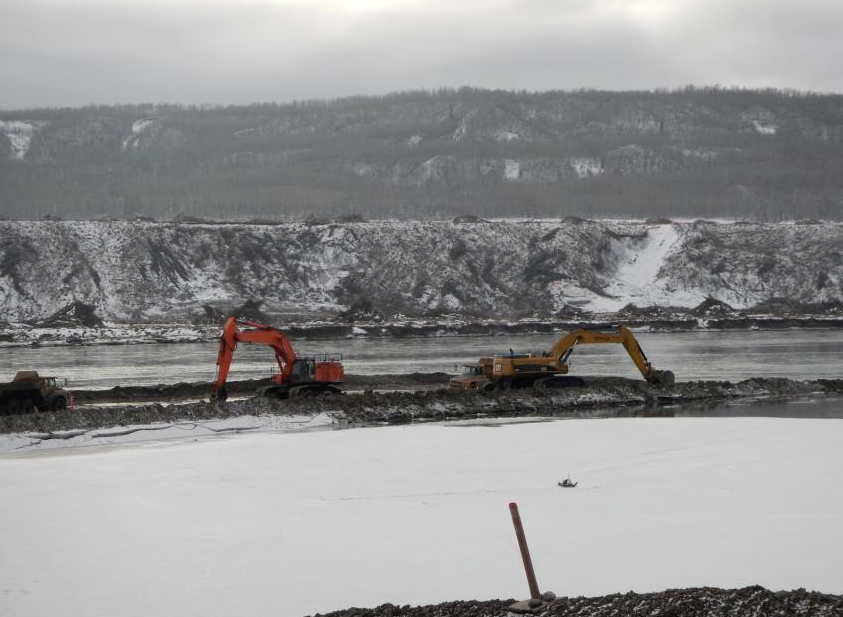 BC Hydro has been ordered to develop a new plan to control sediment and runoff by April 22, after an Environmental Assessment Office investigation found elevated levels of silt in the Peace River.Supplied

In a report issued April 7, the regulator found BC Hydro breached two conditions of its environmental assessment certificate aimed at minimizing the flow of silt and runoff into the Peace River.

The utility has been ordered to work with sediment control specialists to develop a new plan to combat erosion and runoff by April 22. Construction on the dam has included in-river excavation, requiring excavators and dump trucks to "wade" into the water, in many cases in below-freezing temperatures.

"Silt and eggs don't mix," he said. "That's why they make these conditions on these permits."

Under existing permits, silt levels are monitored above and below the site of in-river construction. If sediment levels rise above a certain level, construction must be halted.

"What we're coming to learn with this project is that practices that are not allowable anywhere else, the permits have been issued in such a way that basically, they can do whatever it takes to get it done," Boon said. "They're given very lenient guidelines to go by."

However, Site C spokesperson Dave Conway said the EAO order is an example of the system working.

"The issuance of an order demonstrates that environmental regulations, monitoring and site inspections work," he wrote in an email. "Problems at the site are being identified and corrective actions are being taken to address them."

In a submission to the Joint Review Panel appointed to review Site C, BC Hydro indicated it would develop an erosion and sediment control plan. BC Hydro said sediment "input" from in-stream construction activities would increase the Peace River's average sediment load by 0.2 to 0.3 per cent.

The EAO order comes one week after a report raising new questions about BC Hydro's Site C fish management plan.

Construction on the $8.8 billion dam began last summer. It will flood around 83-kilometres of the Peace River Valley.