Site C doctors will be off limits to Fort St. John

This is the first of an ongoing series that will examine conditions placed on the Site C project if it goes forward
Oct 27, 2014 10:52 AM By: William Stodalka 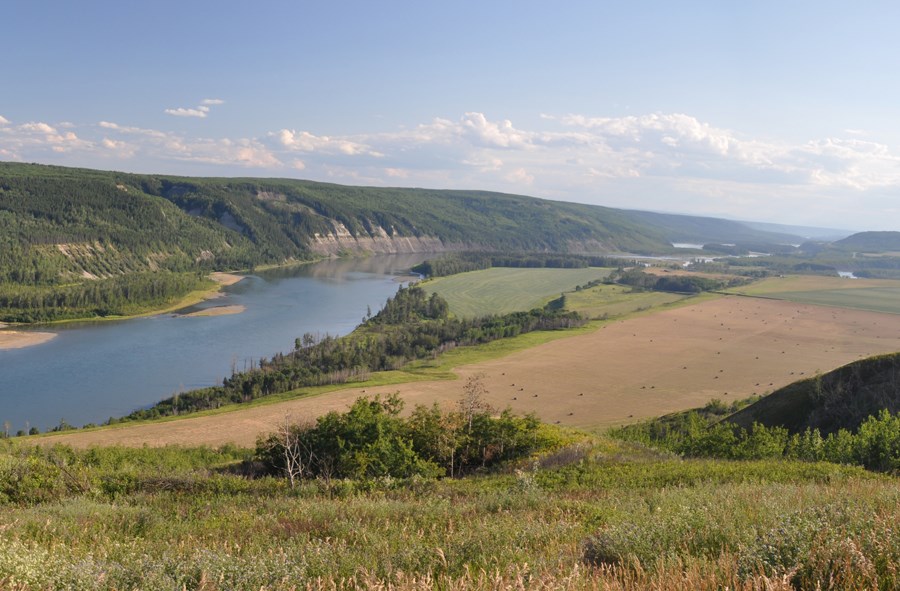 Doctors and nurses will be brought in to treat residents of proposed work camps should BC Hydro be permitted to build the Site C dam – but these medical services will not be available to the public, according to the power company.

Dave Conway, a spokesman for BC Hydro, said that the chartered medical service was meant to “reduce BC Hydro’s use of the community’s clinic services,” in light of Fort St. John’s severe medical staff shortage.

Last week, the province issued an environmental assessment certificate for Site C. This means the government has deemed the estimated $7.9 billion dam acceptable to build from an environmental perspective. The provincial government must still decide whether or not it wants to actually build the thing. B.C. Energy Minister Bill Bennett has said that he is considering Site C, among other alternatives.

But if Site C does go ahead, BC Hydro must promise to fulfill 77 conditions to meet the requirements of the environmental certificate.

Condition No. 42 is that Hydro must “implement on-site health care comprised of physician and nursing services to manage non-urgent health issues for the work force residing in the construction camps.”

The certificate does not ask for a specific number of doctors and nurses – but Conway confirmed that anyone who did come to town would see campsite workers only.

This did not sit well with Lorraine Isenbecker, a member of the Fort St. John grassroots group Concerned Citizens for Health Care.

“With Site C being located four miles from the city, I feel it would be very feasible if the doctors they provided would be for the benefit of the city also, or at least a portion of it could be,” she said. “Men are going to come in out of that town, or out of that camp, and they're going to go to the drinking establishments, get into their four wheels, and end up in our (emergency rooms).”

The certificate also calls for BC Hydro to create 50 housing units for workers who don’t live in the work camps. (This was already outlined in their environmental impact statement, released in 2013.)

About 10 of these would be one-bedroom units, while the remaining 40 would be a mixture of one-, two-, and three-bedroom homes, according to Conway, who said the configuration of housing hasn’t been finalized.

Once Site C is completed, these homes would have to be made available to lowand moderate-income households as soon as Hydro is done with them, the certificate states.

There would also be 20 new long-term RV accommodations, and BC Hydro would have to give $250,000 to Fort St. John’s emergency or transitional housing providers.

However, based on what has been released about Site C so far, these external accommodations would not be likely to accommodate all the workers who don’t live in BC Hydro’s work camps.

According to the Joint Review Panel report, the community will see an increase of 133 households in the first year, growing to 715 by year 5, before falling back to 226. There would be a demand for 155 houses to own in Fort St. John, peaking at 233 later on in the construction.

“Conditions that might signal a potential housing shortage during Project construction (i.e. low inventories, low listing activity and low levels of new building activity) were not projected to be evident in the Fort St. John area or the PRRD,” the report stated.

Also, condition No. 49 of 77 is that BC Hydro must implement a “Housing Monitoring and Follow-up Program.” The B.C. Environmental Assessment Office will make sure that BC Hydro’s measures are “effective in mitigating increased demands for housing in the City of Fort St. John.”

BC Hydro also has to put $20 million towards an Agricultural Compensation Fund. However, despite popular belief, this fund is a separate pot and will not go towards paying off farmers who would lose their land.

Conway said that BC Hydro would work with the Ministry of Agriculture to determine who gets that $20 million.

“Farmers whose land or rights to land are required for the project will be compensated for the land/rights in addition to being compensated for such items as crop loss, etc,” said Conway. “It may also be appropriate for BC Hydro to fund individual Farm Mitigation Plans to address changes to specific farm operations caused by the project.”