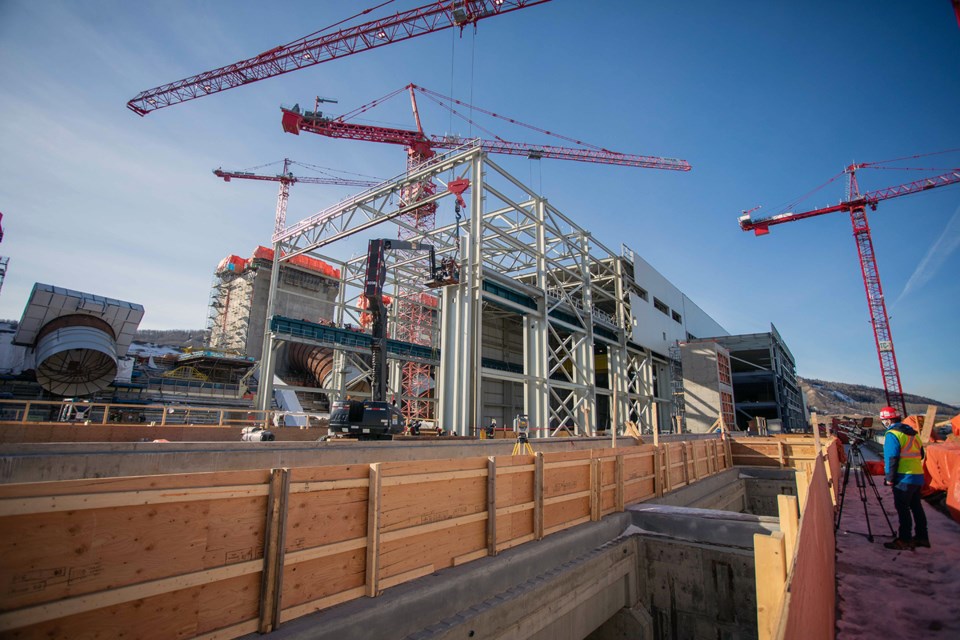 Employment on the Site C dam held steady in February, with 3,877 workers reported, according to the latest figures from BC Hydro.

Month-over-month, the workforce increased by 25 workers as public health orders continued to limit the number of workers returning to industrial project sites after the Christmas holidays.

“BC Hydro has worked with their major contractors to reduce the numbers of workers present on the dam site and in the camp at any one time as per the Provincial Health Officer order,” the company said. “Not all workers ... were on site or in camp at one time.”

As of April 7, there were 1,392 workers reported at camp, including five in self-isolation. BC Hydro has reported 67 COVID cases among the Site C workforce since March 2020, of which five cases are active.

Of the February 2021 workforce, one-fifth was local, with 767 Peace region residents employed as construction and non-construction contractors, down 30 month over month.

There were 2,840 B.C. workers, or 73%, working for construction and non-construction contractors, and in engineering and project team jobs.

Heavy equipment operators, labourers, engineers, and carpenters and scaffolders accounted for more than 1,600 workers and 40% of the workforce for the month.

There were nearly 500 construction managers, supervisors, and other professionals, technicians, and office staff reported for the month.

There were less than 100 workers in other specialized trades reported, including boilermakers, cement masons, crane operations, electricians, health workers, mechanics, and welders.

There were two temporary foreign workers employed in specialized positions, BC Hydro said, and another 29 managers and other professionals working under the federal international mobility program.