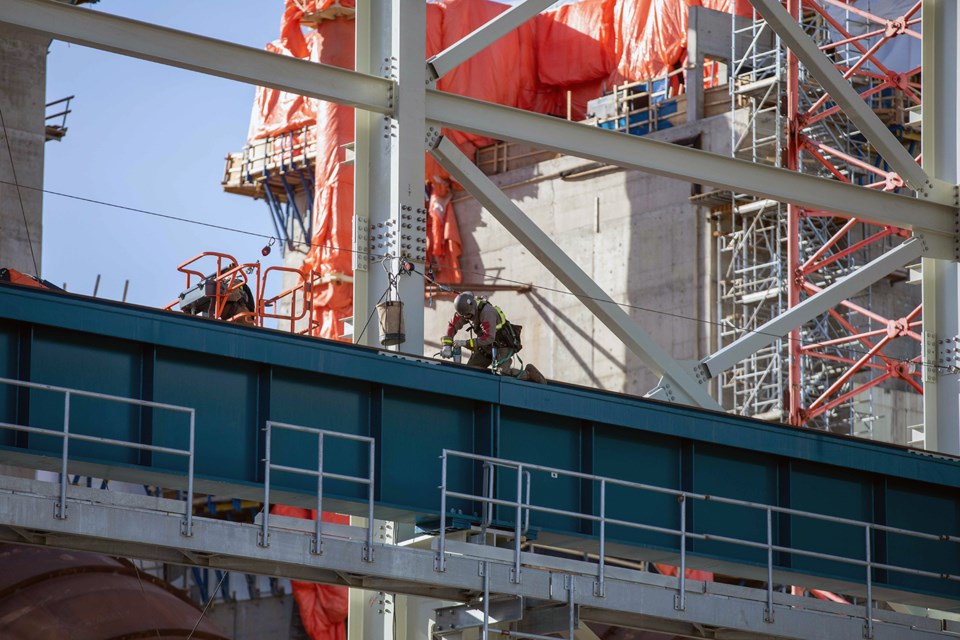 Crews install a crane rail in the powerhouse, February 2021.BC Hydro

BC Hydro says it will resume COVID-19 vaccinations at Site C this week.

The program using the AstraZeneca vaccine was stopped in March after the province suspended its use for people younger than 55 amid concerns the vaccine was tied to a small number of rare blood clots.

The province has since made the vaccine available for people 40 and older, and BC Hydro says it has been authorized by Northern Health to resume vaccinations for those age groups.

On-site clinics will resume on April 22, and around 1,400 workers have gotten their shots so far.

As of Tuesday, BC Hydro was reporting 13 active COVID-19 cases among the Site C workforce.

There were 1,308 workers reported at camp, including 24 in isolation.

There have been 82 cases reported among the workforce since the pandemic was declared last March.