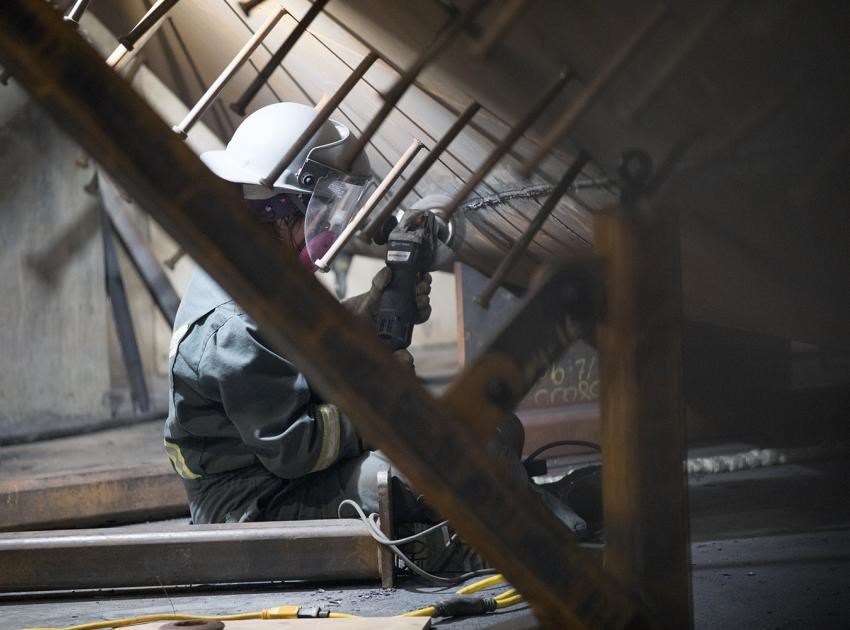 A welder works on a penstock transition segment, January 2019. Penstocks are eight-metre-wide pipes that move water from the river intakes to the turbines.BC Hydro

Employment on BC Hydro's Site C dam increased to 3,494 workers in February 2019, up more than 300 jobs from January, according to the latest employment report.

There were 791 Peace Region residents employed as construction and non-construction contractors, an increase of nearly 100 month-over-month. Locals make up roughly 23% of the project’s total workforce.

Local workers make up 28% of the construction and non-construction workforce total of 2,855 workers, which includes work at the dam site, on transmission corridors, reservoir clearing, public roadworks, and camp accommodations.

There were a total of 2,760 workers, or 79%, from B.C. working for construction and non-construction contractors, and in engineering and project team jobs.

BC Hydro reports 93 apprentices, 313 indigenous people, and 391 women were working on the project in February.

The bulk of the project's construction and non-construction workforce continues to be heavy equipment operators, with roughly more than 550 employed on the project. There were more than 350 labourers and 300 engineers tallied.

Workforce numbers are collected monthly from contractors, which are also required under contract to report on indigenous inclusion and women participation on the project.

The figures do not include indirect or induced employment, BC Hydro says, while figures are not broken down by full-time or part-time work.

View the employment report in full by clicking here.