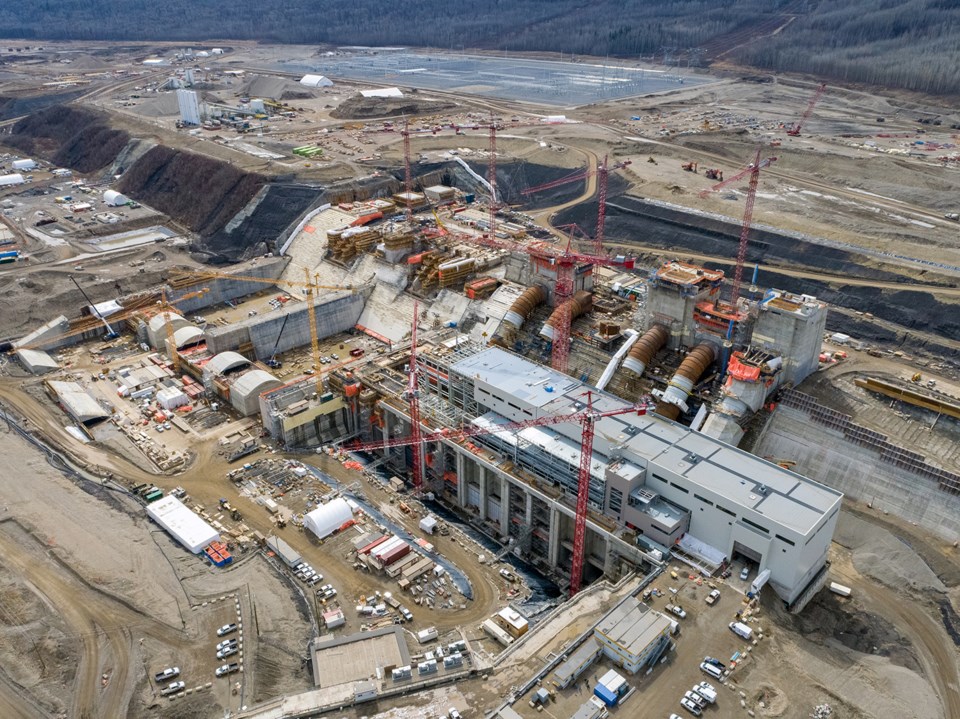 An overview of the Site C right bank structures, including the spillways, stilling basins, intakes, penstocks and the powerhouse, April 2021.BC Hydro

Employment on Site C grew by 268 jobs in April, with 4,589 workers reported, according to the latest figures from BC Hydro.

Year-over-year, the dam’s workforce is up more than 1,500 workers from last April, when the first wave of the COVID-19 pandemic significantly scaled back construction and sent nearly 2,000 workers home.

As of Wednesday, June 2, there were 1,527 workers reported at camp, including 44 in self-isolation, and another 47 isolating at home.

Of the total April 2021 workforce, about 1 in 5 workers remained local, with 919 Peace region residents employed by construction and non-construction contractors, up 19 month over month.

There were 3,269 B.C. workers, or 71%, working for construction and non-construction contractors, and in engineering and project team jobs.

Heavy equipment operators, labourers, engineers, and carpenters and scaffolders accounted for an estimated 2,175 workers and 47% of the workforce for the month.

There were about 500 construction managers, supervisors, and other professionals, technicians, and office staff reported for the month.

There were fewer than 100 workers in other various trades reported, including boilermakers, crane operations, electricians, health workers, mechanics, millwrights, and welders.

There was one temporary foreign workers employed in a specialized position, BC Hydro said, and another 29 managers and other professionals working under the federal international mobility program.

The workforce reached a peak high of 5,181 workers last October.