The Teamsters union has won the right to represent attendants at the Site C work camp, against the wishes of the company hired to build it. On Nov.
Nov 24, 2015 8:40 AM By: William Stodalka 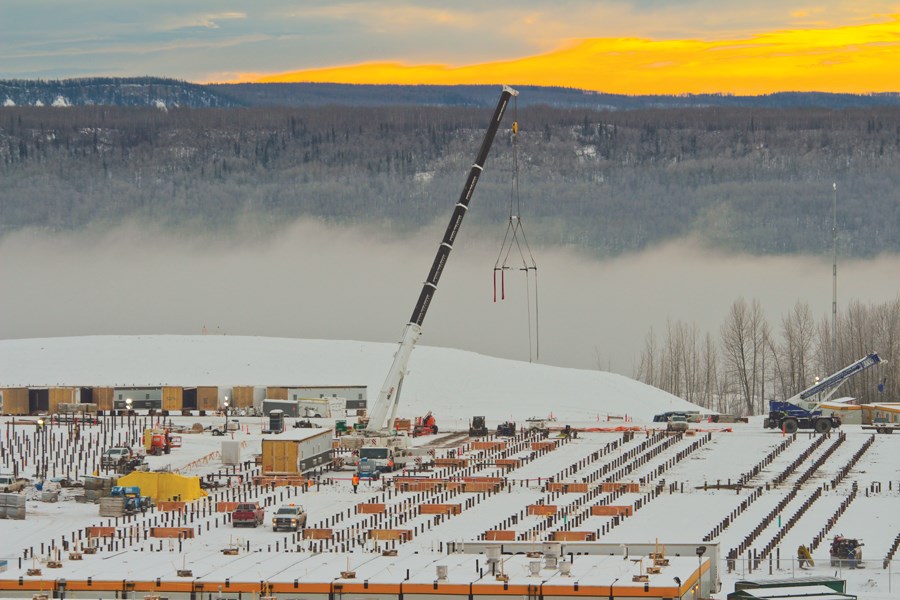 The first 336 rooms of the permanent work camp for the Site C dam are expected to open in March 2016, with another 1,000 rooms coming online in June. The full camp is expected to be completed by Aug. 31.William Stodalka

The Teamsters union has won the right to represent attendants at the Site C work camp, against the wishes of the company hired to build it.

On Nov. 2, the Labour Relations Board dismissed an objection by ATCO Two Rivers Camp Services calling the union’s application for certification “premature.”

Close to two dozen workers servicing the temporary work camp at the dam site had been seeking representation by the union while work continues on a permanent camp, set for completion next summer.

“Taking into consideration the evidence and the submissions of the parties with respect to the nature of the employer's operation, the nature and degree of build-up, its imminence and certainty, the representative character of the existing employees, and weighing the competing interests of present and future employees, I conclude that the union's application for certification is not premature due to an anticipated build-up,” Vice-chair Leah Terai wrote in her decision.

In its arguments, ATCO argued the move to certify the union was premature as, under labour relations law, there were not enough workers to decide which union should represent them. This is called the “build-up" principle.

There are 21 workers currently servicing the camp, including eight housekeepers, two janitors, and 11 kitchen staff. A core of 55 workers are needed to service the permanent work camp at its lowest occupancy, the company said in its submissions, noting that another 15 to 20 employees would be hired in the coming months.

“The size of the bargaining unit applied for does not even meet the 50 per cent mark and does not include maintenance or administration employees still to be hired,” the company argued.

ATCO had also been in discussions to recognize the Service, Health, and Allied Workers’ Union Local 501 affiliated with the Christian Labour Association of Canada (CLAC), which it has worked with in the past. ATCO had signed a voluntary recognition agreement with the association, which had offered employees a two dollar per hour wage increase if they joined the union and an agreement was ratified, according to the ruling.

However, no employees attended meetings regarding the CLAC, the ruling notes.

The Teamsters argued that it was up to the board to decide whether or not the “build-up” principle applied.

“If the Union's application is dismissed, CLAC will outweigh the employees' democratic preference for the Union,” the Teamsters argued.

Tony Santavenere, a construction division assistant for the Teamsters Local No. 213 involved in the challenge, said he was “very pleased” with the decision, adding that ATCO has filed notice to begin bargaining with the union.

An Atco spokesman confirmed the company is in discussions with the union, and that it will not be appealing the labour board's decision.

The temporary camp houses construction workers and subcontractors building the permanent work camp for the dam, which began in August.

As of the Nov. 2 labour board ruling, it was noted there were 150 construction workers staying at the temporary camp, which has a capacity of 312 beds across eight dorms.

The first phase of the permanent work camp, which includes 336 rooms, will be finished in March 2016. Another 1,000 rooms are expected to come online in June, with the camp finished by Aug. 31.

At its peak, ATCO estimates there will be between 120 and 140 camp services workers in the Teamsters unit, but expects those numbers to fluctuate, with a core of 55 workers.

The temporary camp will be dismantled once the permanent camp is complete.