Ministries of Environment for both B.C. and the Federal government have approved environmental assessment certificates for the Site C project.
Oct 14, 2014 3:05 PM By: William Stodalka 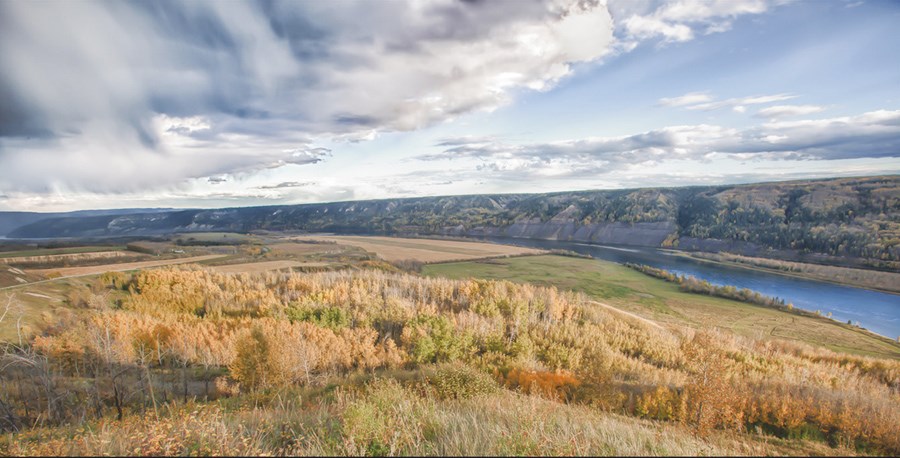 Ministries of Environment for both B.C. and the Federal government have approved environmental assessment certificates for the Site C project.

“(Environment Minister Mary Polak and Forests Minister Steve Thomson) decided that Site C is in the public interest and that the benefits provided by the project outweigh the risks of significant adverse environmental, social and heritage effects,” the B.C. ministry wrote in a release.

Although the environmental certificates issued today are a major step forward for Site C, the provincial government is not required to build it, and it may take some time to know the final decision on the $7.9 billion project.

The concurrent Federal approval decision, by Minister of Environment Leona Aglukkaq, contains 80 legally binding conditions on BC Hydro if the province and utility decide to go forward with building the 1,100-megawatt hydroelectric dam just down the Peace from Fort St. John; Polak and Thomson’s provincial approval contains 77 conditions.

These conditions include “on-site health care with physician and nursing services to manage non-urgent issues for the workforce residing in camps.”

Hydro must also commit to building 50 rental units in Fort St. John, with 40 of them used for BC Hydro housing and 10 made available for low-to-modest-income households.

There will also be “a Cultural and Heritage Resources Committee that includes Aboriginal groups (to) develop and implement mitigation measures to manage effects on cultural resources.”

Also, $200,000 will be put aside for a community recreation site fund, as well as $20 million for a fund to compensate for lost agricultural lands and activities. The latter fund will be used to support “enhancement projects that improve agricultural land, productivity or systems,” the release states.

“We are pleased that after a rigorous environmental assessment process, Site C has received Federal and provincial environmental approvals,” said BC Hydro’s Site C spokesperson, David Conway, who said that if the final go-ahead from the province comes soon, initial construction activities could take place as early as January 2015. “The conclusion of the three-year environmental review is that the effects of the Site C project are justified by the long-term benefits it would provide.”

Polak said Tuesday that she did not have an estimate as to how much all of the other provincial conditions would cost. Questions to the ministries asking for more details about these conditions – such as who would be eligible for agricultural and community funding – were not returned as of press time.

The ministries’ decisions will likely cause problems with many environmental and First Nations groups. At least one Northeast B.C. First Nation – West Moberly – has said that if the dam project is approved, they plan to fight it in court.

After the decision was announced, Willson said that he was “not surprised.” He again vowed to fight Site C in the courts if the government were to approve it.

During a media call, Polak said the ministry was in negotiation with certain Treaty 8 First Nations about the dam. However, Willson disputed this.

A Federal-provincial Joint Review Panel that evaluated Site C earlier this year chose not to step in the way of the project, paving the way for today’s environmental approval.

However, the panel’s report said the dam “would likely cause a significant adverse effect on fishing opportunities and practices for the First Nations represented by the Treaty 8 Tribal Association, Saulteau First Nations and Blueberry River First Nations, and these effects cannot be mitigated.”

The panel’s report made about 50 recommendations to BC Hydro for further mitigation and consultation should the province go through with Site C. Among them were having the project referred to the B.C. Utilities Commission for review.

Local farmers Ken and Arlene Boon, whose fields would be partially flooded if Site C were to be built, have also been vocal opponents of the project.

“Nobody should be flooding lands in valley bottoms any more, because there are other ways of generating electricity and conserving it,” Arlene Boon was quoted as saying. “But there’s only one way of growing food, and that’s in the soil that’s capable of doing it.”

The Peace Valley Environment Association has also come out against the project.

“The construction of the Site C dam would only make the terrible financial situation at BC Hydro even worse,” said Wilderness Committee Campaign Director Joe Foy earlier this year.

The environmentalist Sierra Club also spoke out against the project.

“Alluvial soil of this quality, created over millennia, cannot be replaced by government fiat – with or without a $20 million fund,” said Ana Simeon, the Peace Valley campaigner for the Sierra Club B.C. “The Federal and provincial governments have made a decision that is at odds with the panel report, laying themselves open to challenge on many fronts.”

Gwen Johansson, the mayor of Hudson’s Hope – a Northeast town that knows a thing or two about hydroelectric dams – claimed that her district hasn’t been treated very fairly by BC Hydro “for the last 50 years,” and that the Site C process wasn’t shaping up to be much better.

“I would say that we were disappointed (by the decision),” she said. “We’ve been working very hard to get some kind of reasonable ruling from BC Hydro, but this is very rushed ... they seem to not want to go to the BCUC, even though this is what the Joint Review Panel wanted.”

(Polak said in her conference call that some of the Joint Review Panel’s recommendations were not appropriate for an environmental assessment certificate, and deferred to the provincial government. She said that the province could vote to have the BCUC look at the project should they decide more information is needed.)

Johansson went on to say that her community already employs a good deal of BC Hydro’s work force.

“We’re contributing an awful lot, but we’re not getting back from it,” she said.

The dam is expected to bring in at least 2,000 workers to help build the camps.

It would be located about seven kilometres west of Fort St. John. The mayor of the city likely to be most affected by Site C’s construction, Lori Ackerman, said her council remains neutral on Site C, even as the province looks poised to go ahead with it.

“The city’s position is still that we are neither supporting nor opposing the dam,” she said Tuesday afternoon. “Our responsibility as local government is to get our city through this and make sure that we are better off in the long run.”

However, a number of other stakeholders, like the Independent Contractors Association of B.C., have spoken in favour of the project.

“Site C will not only give us clean renewable power that we depend on, but it will also give us a competitive advantage to build more hospitals and highways, and fund more doctors and nurses to provide care when we need it,” wrote the agency’s president, Philip Hochstein, last January.

Questions directed to the Federal Ministry of Environment about whether an announcement was going to be made by Federal government about Site C were not immediately returned.

A July poll found that 49 per cent of British Columbians supported Site C without preset conditions, and another 30 per cent approved of it provisionally.

Either way, Willson may have summed it up best.

“Just because they’ve given the thumbs up on the environmental assessment, this is far from being done.”