The West Moberly First Nation is warning the John Horgan government that it will seek another injunction against the Site C dam if the government doesn’t halt work pending a cabinet decision on whether it's safe to proceed.
Jan 25, 2021 11:09 AM By: Nelson Bennett 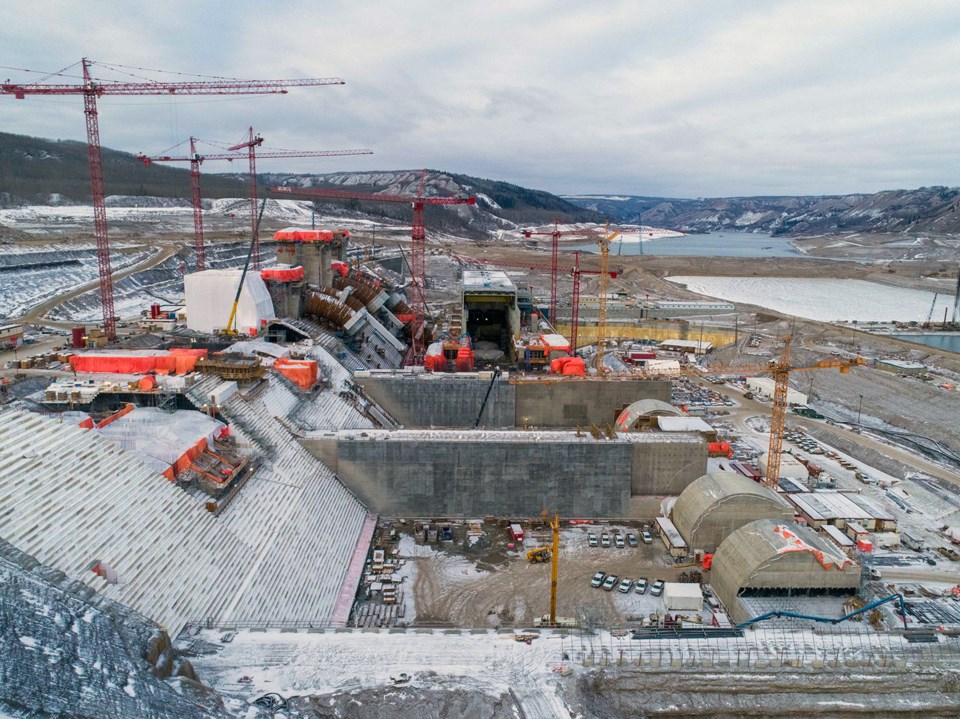 Upstream view showing the spillway with stilling basin weirs and the powerhouse and generating station, December 2020.BC Hydro

The West Moberly First Nation is warning the John Horgan government that it will seek another injunction against the Site C dam if the government doesn’t halt work pending a cabinet decision on whether it's safe to proceed.

In an open letter to the premier, Chief Roland Willson calls for an “immediate suspension” of all work on Site C, pending a decision by cabinet on the project’s fate. Wilson also calls on the Horgan government to release to the public two reports commissioned by the the government.

“Today I call on you and your cabinet to take the logical and responsible step of halting construction on the project pending your cancellation decision,” Wilson writes.

The project is facing delays and cost overruns, due to the pandemic and to geotechnical issues that have arisen on the right bank of the valley, where the dam’s spillway and powerhouse is being built.

The Horgan government asked former B.C. bureaucrat Peter Milburn to review the project to determine if the economics of completing the project still work, given its rising costs.

“Details of the escalating costs and safety concerns remain shrouded in secrecy, with BC Hydro withholding its two latest progress reports from regulators and the premier refusing to release the report prepared by his special advisor, Peter Milburn,” the West Moberly First Nation says in a news release.

Wilson warns his people will seek an injunction, if the province doesn’t halt work on the project and release the findings of the reports.

West Moberly, a signatory of Treaty 8 — one of the few historical treaties signed by B.C. First Nations — lost its last bid to get an injunction against the project. But the geotechnical and safety issues that have since arisen may now justify another injunction application, the First Nation argues.

“In October of 2018, the court denied a previous injunction but stated that a new injunction could be granted if there was an ‘unforeseen and compelling change in circumstances’ before trial,” the news release states.

Wilson also invokes the United Nations Declaration on the Rights of Indigenous Peoples (UNDRIP), which the Horgan government officially enshrined into B.C. law in 2019.

“Mr. Horgan, your government can protect the rights guaranteed by Treaty 8 and act in accordance with the commitment of UNDRIP,” Wilson says in his letter.

While the Milburn report is completed and submitted to cabinet, Horgan's government has given no hint as to when it might release the findings of that report and others.