Highlights from the District of Taylor council and committee meetings on Feb.
Feb 21, 2018 6:33 PM By: Alaska Highway News Staff 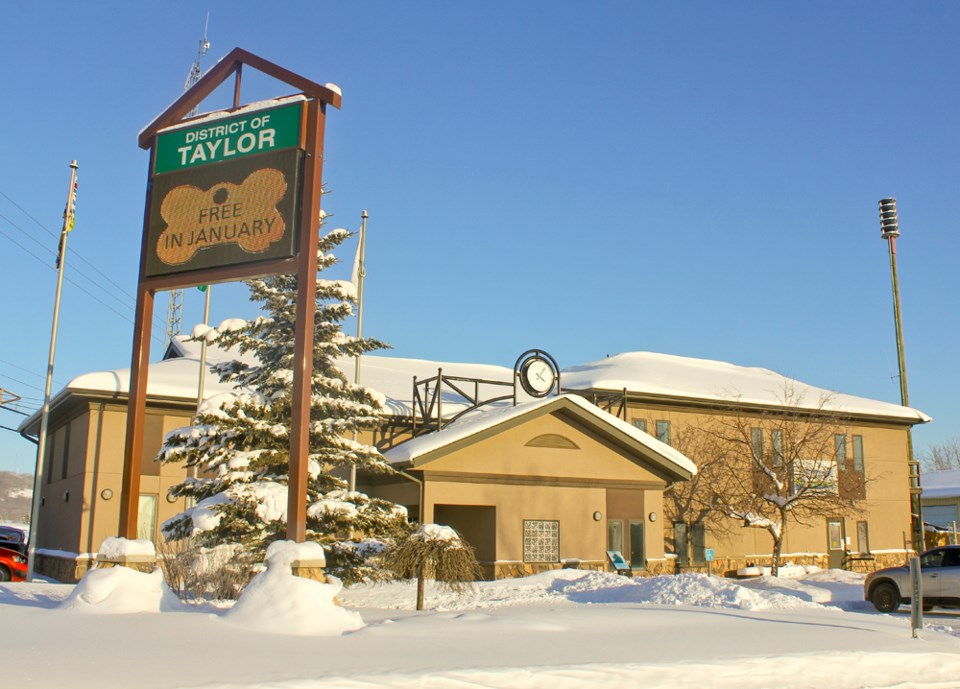 Highlights from the District of Taylor council and committee meetings on Feb. 19, 2018:

Councillors have directed the parks and facilities department to meet with Black Cats BBQ to ensure reliability and consistency in concession hours at the arena.

It stems from a complaint from the Peace Passage Skating Club about inconsistent hours and closures that have happened without timely notice, or without notice at all. The club wants to revisit the concession schedule, noting it understood the concession would be open during all club and Taylor minor hockey ice times.

“If they choose not to … move forward with meeting or going back to the schedule, then we’ve got to take action on the contract,” Mayor Rob Fraser said.

The district will continue to waive rental fees for funeral services at the community halls to those who lived in the district for more than five years.

The policy also applies to those who made significant contributions to the community. It doesn’t, however, apply to those who lived in the broader fire protection area, council told staff, who were looking for clarity on the matter.

“Once they fit the policy, you give it to them,” Mayor Rob Fraser said.

Council said it will hear requests for fee forgiveness in special circumstances that don’t fit the policy, such as economic hardship.

The fee forgiveness does not include cemetery fees.

Council got a look at an early draft of an updated communications plan for the district, prepared by Community Services Director Laura Prosko.

It deals with everything from where the district will post public notices to how it manages its social media channels to how it communicates with district staff and the media. It also outlines emergency coordination and crisis communication, and the protocols for alerting council about injuries to the public on public property, as well as damage to public property.

The plan is not yet public and will come before a future committee meeting.

• The Peace River Regional District is requesting municipalities to consider establishing an invasive plant bylaw after it "has seen an increase in weed reports on lands within member municipal boundaries.” Taylor doesn’t have a specific bylaw for invasive plants, council was told, however, invasive plants are dealt with under its unsightly premises bylaw, according to CAO Charlette McLeod. “We deal with invasive plants as they come to our attention,” she said.

• Council approved sponsorship for the 2 X 2 Bonspiel, including a Lone Wolf Junior Golf membership for the overall skills winner of the tournament. Sponsorship also includes skating and golf passes for participants and door prizes. The bonspiel runs March 16 and 17 at the Taylor Curling Club.

• Council approved a $500 sponsorship to the Vertical Slam Ultimate Challenge in June to cover the cost of campsite rentals at Peace Island Park. The event runs June 8 to 10.

• Council waived community hall rental fees for the Peace Country River Rats to hold a dinner and dance event May 12 to raise funds for a new playground at Peace Island Park. The club is also asking that fees be waived for greenspace rentals at the park for boating events in July and August, however, council has directed staff to first provide a report, which will come before a future council meeting.

• Council forgave community hall rental fees for the Kin Club of Fort St. John and its annual senior's supper in December. The club has hosted the event in Taylor the last two years. “It’s an amazing group that puts on an amazing event,” Coun. Betty Ponto said.

• Council reread the first three readings of a bylaw to repeal Screening Bylaw 376, 1988. The bylaw was incorrectly cited with the year 1998 in a reading at the Feb. 5 council meeting. Eliminating the screening bylaw was a housekeeping item missed in 2014, when the district’s latest zoning bylaw was adopted and dealt with landscape and screening issues such as fences, hedges, and trees between properties.