The new Jarvis Crescent subdivision in Taylor is substantially complete, and lots could be put on the market as soon as the spring. Ground broke on the district-led development in May.
Nov 20, 2019 2:02 PM By: Alaska Highway News Staff 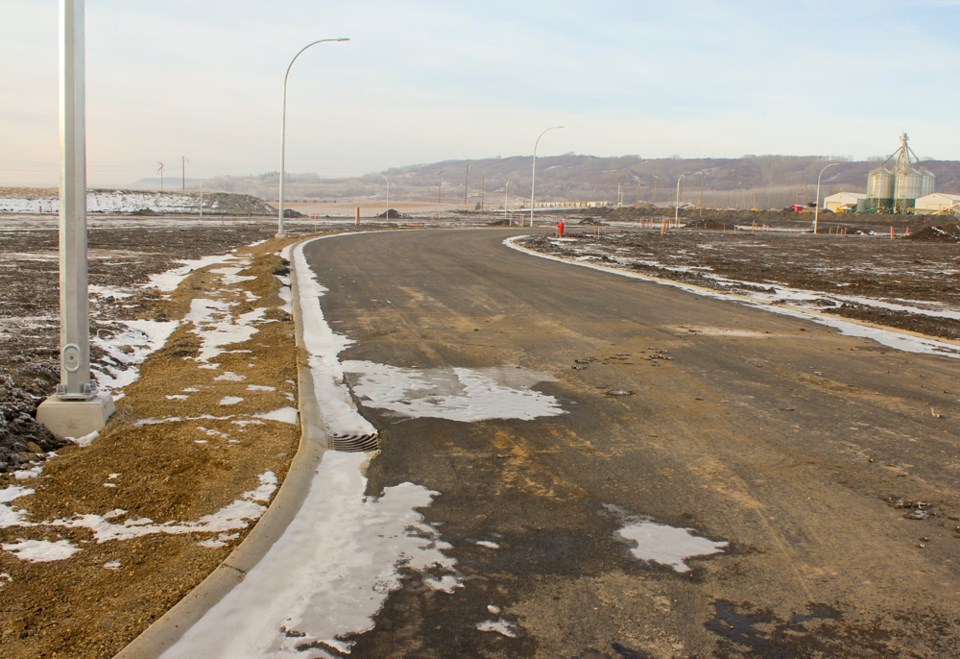 The new Jarvis Crescent subdivision in Taylor is substantially complete, and lots could be put on the market as soon as the spring.

Ground broke on the district-led development in May. At Monday's council meeting, Mayor Rob Fraser said most of the pavement has been poured and all underground services except for hydro have been installed.

"It's substantially complete, it's under budget, and the contractor as well as the engineering company that's overseeing it for us is pretty comfortable that lots would be available for sale in April."

The district is servicing the land with utilities and infrastructure for 50 lots to stimulate new home construction. The subdivision is named after former mayor Fred Jarvis, who served for 28 years and died in December 2018.

The district will spend the winter drafting a subdivision plan to guide its development, Fraser said.

"We got a concept of what we want, we have to turn that into words," Fraser said.

"If we're looking to put these lots for sale for April, people are going to want to know what it is we expect them to do in there."

Also on Monday, district council voted to apply for two grants to help cover the costs of a housing needs assessment, which the province has ordered all B.C. municipalities to complete by April 2022.

The study will help the province and district understand and respond to housing needs, said chief administrative officer Andrew Young.

“It is well known in the community that safe, affordable, attractive housing for people of all ages, are in limited supply in the District of Taylor at this time," Young said.

"Furthermore, the community presently lacks housing options suitable to support seniors so that they can continue to live in the community well into their golden years, instead of having to move to a larger centre such as Fort St. John to receive care and support.”

The district is applying to the Northern Development Initiative Trust and the Union of BC Municipalities for the grants in hopes of covering at least 50% of the study, estimated to cost $50,000.

Fraser said the study will also help the district collect important demographic data that it can use to help inform district policy beyond housing.