Lots of talk, some answers, no timeline for Taylor Bridge

Transportation Minister Claire Trevena got an earful about the Taylor Bridge at the meeting of B.C. municipalities last month, but local leaders once again left without a clear idea of when a fix will be drafted and ordered.
Oct 7, 2019 8:21 PM By: Alaska Highway News Staff 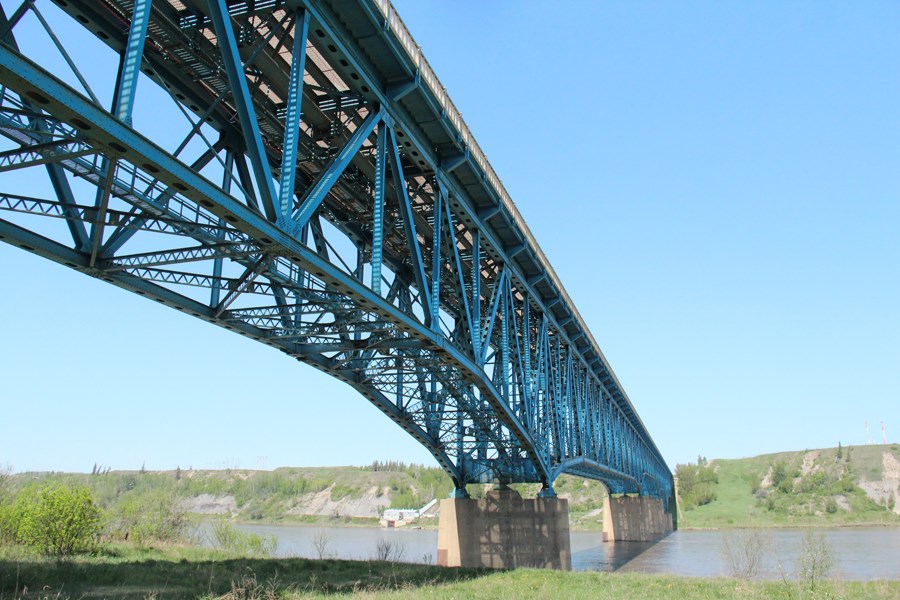 The Taylor Bridge's economic impact is among the biggest worries for the Ministry of Transportation. On an inspection report, it was given an "urgency" rating of four out of five.Jonny Wakefield

Transportation Minister Claire Trevena got an earful about the Taylor Bridge at the meeting of B.C. municipalities last month, but local leaders once again left without a clear idea of when a fix will be drafted and ordered.

The ministry is moving toward design, and has begun talks on geotechnical drilling to inform that work, Fraser said. But the ministry still has concerns about the cost and its options to replace the 63-year-old structure, he said.

“They kept their cards close to their chest,” Fraser said.

“When we asked about the study they were doing, the business case on the new bridge, they didn’t answer that question directly.”

Ministry officials have already said it will cost at least $250 million to replace the bridge with a new, two-lane structure. They’re investigating two other options as well, including a more expensive four-lane bridge, or resurfacing the steel deck and eliminating the annual welding program.

But the bridge is just one piece in a much larger puzzle that is the Peace crossing through Taylor.

Complicating a rebuild is a current request for proposals to stabilize the South Taylor Hill, the lower section of which was recently expanded to four lanes and has been prone to slipping. Recently submitted bids peg the “pilot stabilization” between $6.5 million to $10.4 million.

“They’re not sure how to secure that hill. That hill is full of water and it’s sliding all the time, that’s the problem,” Fraser said.

“They need to hold that hill back somehow and there’s different techniques that they’ve used around the province. They’ve put this RFP out to some of the contractors who have done some of this work in other parts of the province to get a feel from them what would work best here.”

The ministry has yet to award a contract to four lane the upper section of the south hill. Still, the ministry is engaged, Fraser said.

“We’ve been trying to change the narrative from just the bridge to the entire Peace crossing,” Fraser said.

“We can’t do it in sections, we have to start thinking about it as an entire crossing and that seems to be gaining some traction.”

The Alaska Highway through the Peace River valley and the District of Taylor is a key link for the region's economy, as well as those of Northern B.C., the Yukon, and Alaska.

Trevena was asked to amend the ministry’s 10-year plan — released in 2014 by the BC Liberal government — to include the Taylor Bridge replacement, and to support the project when it hits cabinet for financing approval.

“It is at the point where safety is a concern.”