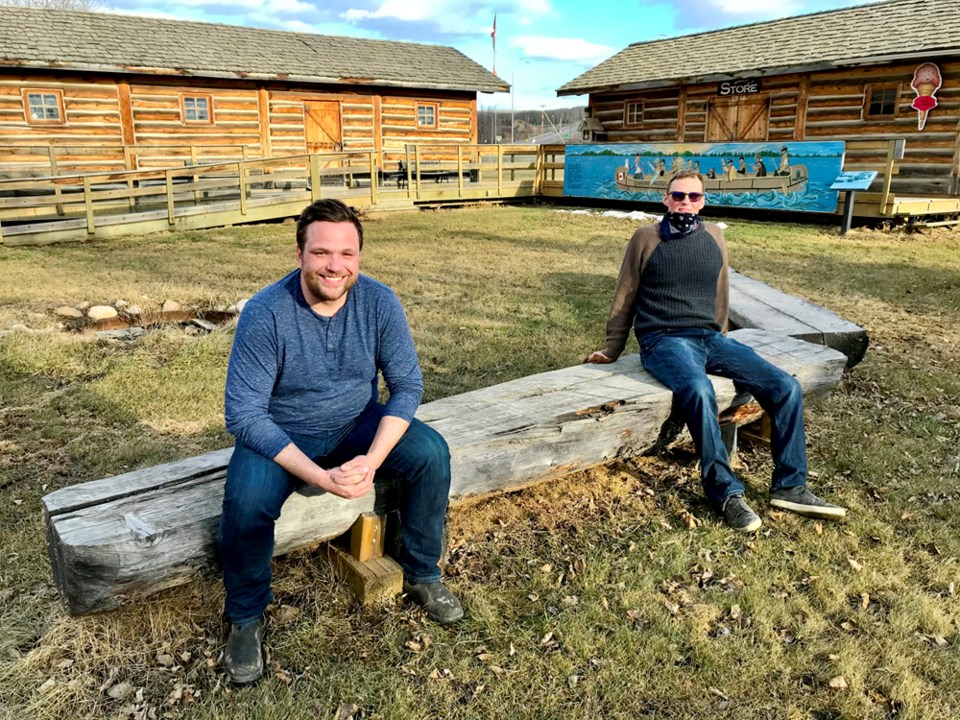 The new caretakers at Peace Island Park are busy getting ready for the upcoming camping season, and have their eyes on the long-term development of the park.

There have been more than 400 reservations so far, and Andy Tylosky says campers and guests are already keeping him and his crew on their toes.

“Frankly, the park is big. If we look at how many sites you have and the days we’re open for camping, there’s almost 30,000 bookable inventory spots for sites,” Tylosky said Tuesday.

“We have a lot of people who want to camp at Peace Island Park,” he said. “We’ve got room for everybody. We’ll make it work.”

Tylosky grew up in Taylor and is joined by long-time friend Matt Fischer of Grande Prairie. They partnered up for the opportunity to manage the park last fall as Fischer, a petroleum engineer, was looking to diversify his business through the pandemic.

With the help of some COVID funding, Fischer says the money was spent wisely on new emissions-efficient equipment that's being used to clean up the park.  They’re also working to bring a new reservation system online, and are using GPS to map trails and identify hazardous trees as part of cleanup efforts.

Though there has been a lot of interest in events, the park won’t be able to host large events and weddings until public health restrictions change, Tylosky said. That said, they are working on ideas to keep the park fun and entertaining even with the restrictions. Live local music and even beer gardens are just a couple of ideas brewing.

“Everybody’s been cooped up. We all want to be outside,” Tylosky said.

Long-term, Tylosky and Fisher would like to open up more nature trails, redevelop old terrace gardens, and address alcohol and drug use problems at the park, including on the river and on the roads. Harm reduction is the focus, with plans for safe ride shuttles to help get people to and from the park.

Tylosky said he wants to work with the district and BC Hydro to develop a vision for the park.

Fischer added that preserving the valley is key. “This is a special place,” he said.

Mayor Rob Fraser said he’s looking forward to a good summer, and noted the two have taken on a big job. He said the district is prepared to support them to keep the park “the greatest place to experience the Peace River.”

“Some weekends we will move double the population of this community through that park,” Fraser said. "It's very popular."

Tylosky and Fischer take over from Nancy and Adam Ragan, and Tylosky said he’s excited that Adam is sticking around and has come on board to work this season.

The park is planned to be ready for the start of May, with the long weekend its official kickoff.

“That’s going to be a busy weekend and we’re going to rock it,” Tylosky said.