Highlights of the district council meeting on Feb. 5, 2018: Marijuana zoning changes approved Councillors adopted a bylaw that bans the the selling, dispensing, and cultivation of marijuana in the municipality.
Feb 6, 2018 9:37 AM By: Alaska Highway News Staff 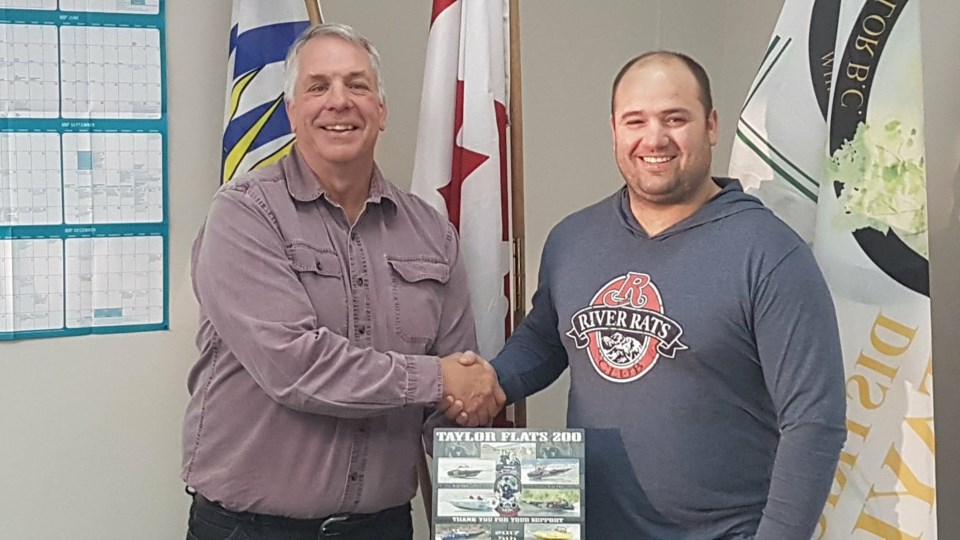 Highlights of the district council meeting on Feb. 5, 2018:

Councillors adopted a bylaw that bans the the selling, dispensing, and cultivation of marijuana in the municipality.

Councillors again reiterated caution ahead of full cannabis legalization expected this summer, and entrepreneurs looking to get ahead of municipalities, which have the ultimate say over whether growers, distributors, and retailers will be allowed to set up shop, and which may not have appropriate bylaws in place by the time the drug is legal.

Just four people showed up to a public hearing on the matter in January, none of whom spoke directly in favour or opposition but were there for information; councillors received just one letter of opposition.

Representatives from the River Rats told councillors they continue to fundraise to build an inclusive playground next to the pavilion, with around $20,000 in the bank so far.

“We don’t want to exclude anybody,” Leanne Humphrey said, noting the existing playground is already a busy spot throughout the park season.

The club would like to see a nature or boat-themed playground, and asked councillors for funding support. Councillors stopped short of committing funds for now, noting it will work with the club to leverage grants for the project as their plans progress and a concept is finalized.

“We think the playground is a great idea,” Mayor Rob Fraser said.

The River Rats are planning another dinner and dance fundraiser for the playground for Mother’s Day.

The Peace River Regional District wants to stop footing the bill to transport solid waste from Taylor to the North Peace landfill, but councillors are rebuking that request.

The regional district wants to stop the annual $12,500 payment at the end of the 2017 fiscal year, as part of a review of waste management contracts between itself and its municipalities.

The problem? The deal was never put in writing.

The district is responding to the regional district’s request asking that the $12,500 payment be continued in perpetuity, and ratified in a contract.

“They’ve been paying all this time,” Mayor Rob Fraser said. “They recognize their was an agreement.”

Prior to the regional landfill opening, studies suggested Taylor’s landfill had a life cycle of at least 100 years or more if it were to serve as a regional hub, and perhaps indefinitely if it only served the district, Fraser said.

District to respond to arena complaints

Councillors directed staff to respond to the Taylor Minor Hockey Association about recent complaints about the arena, from broken door latches, gaps between the boards, battered skate mats, and more.

“We need to be able to respond to them without complaint,” Mayor Rob Fraser said.

Councillors approved spending $250,000 to buy a new fairway mower for the golf course and ice resurfacer for the arena.

The approval comes before the adoption of this year’s capital budget, however, finance director Michael McPhail said the machines need to be ordered now to arrive in time for the coming summer and winter seasons.

Residents looking to set up a bee apiary or hen house on their property will now be required to notify the district.

The district’s zoning rules allow the animals to be raised and kept on a property, however, there were no provisions to give the district notice until now.

Permitting for beekeeping and hen keeping is still in development.

Councillors want the district to be included in a plan to implement mass communication software across the Peace Region.

The Peace River Regional District is looking at software called Everbridge to alert residents and businesses about emergency events and daily operations. Municipalities can be included in the platform on a regional and individual level to update residents on everything from local emergencies to street closures, garbage collection schedules to public hearing notices.

Mayor Rob Fraser called the software a “great opportunity” and that its $500 cost to the district was not out of line.

The regional district wants to implement the system to address its communication challenges, noting the 2016 wildfire and flood events were challenging “due to inconsistent media reports, social media activity, and an inability to reach residents with timely and up-to-date information.”

The PRRD “is geographically the largest regional district  in the province and our residents all communicate in different and varied ways,” reads a letter to the district. “What works for one person may not work for another because of the services available in their area, or simply due to the way they choose to communicate.”

Councillors gave first three readings to Loan Authorization Bylaw No. 823, 2018. The bylaw would authorize the district to borrow the estimated $4,224,285 needed to service the Parcel Z subdivision for residential development. The bylaw needs both provincial and resident approval before it can be adopted. Councillors plan to pay back the loan from lot sales once the subdivision is developed, and not through increased taxes or service cuts. “This council feels it’s a need in our community,” Mayor Rob Fraser said.

Screening Bylaw 376, 1998 was repealed. This was a housekeeping item missed in 2014, when the district’s latest zoning bylaw was adopted and dealt with screening issues such as fences, hedges, and trees between properties.