District of Taylor councillors voted Monday evening to fund the municipality’s medical clinic through the end of June, buying officials more time to deliver on a plan to recruit a new doctor to the community.
Mar 7, 2017 4:19 PM By: Matt Preprost 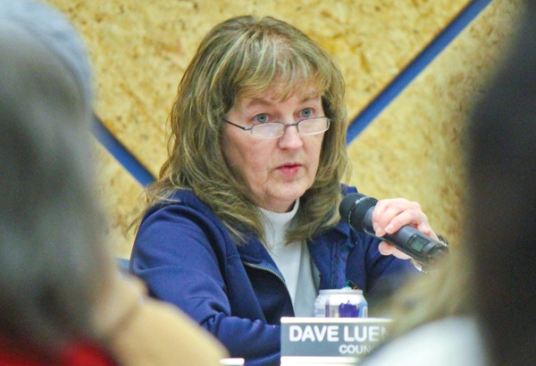 District of Taylor councillors voted Monday evening to fund the municipality’s medical clinic through the end of June, buying officials more time to deliver on a plan to recruit a new doctor to the community.

“I’m not ready to give up the medical clinic and I think we would be if we don’t do this,” said Coun. Betty Ponto as she moved to adopt a three-month, $84,000 budget to cover physician salaries and the clinic’s operations until June 30.

The district has so far committed $90,000 to keep the clinic open after Livecare announced it would end its operations at the district-owned clinic at the end of March—a decision that has left 2,100 patients in limbo and potentially without a family doctor.

Councillors approved $6,000 in February to cover Dr. Pam Kryskow’s salary for a week and ensure she can continue providing on-site coverage for patients this month.

Monday’s decision allows for patients to continue receiving on-site, telehealth, and specialist care through the clinic while district officials to continue talks with Northern Health and the Division of Family Practice in Fort St. John about operating the clinic as a satellite office.

It also buys time for the district to continue negotiations with Kryskow, establish and transfer patient records systems, and secure a Medical Services Plan billing number, through which officials expect to recover roughly half of its expenses.

“(Dr. Kryskow) has expressed willingness to assist us in the transition, whatever that looks like,” Chief Administrative Officer Charlette McLeod said.

The province also announced Monday four new doctors will soon be practicing in the Peace Region, including one in Fort St. John.

Mayor Rob Fraser called the new doctors’ arrival a “good thing,” one that will address capacity issues at existing clinics.

“The discussion we had with the Division of Family Practice was that even if one of the clinics decides to partner with us, there may be capacity issues that they have, and that they’ll have to determine and work through. If this doctor is able to add to the capacity of any of the clinics, then it would hopefully make it a little bit more viable,” he said.

“The more capacity we have, the more likely we’ll end up being able to partner with one of the clinics.”

Still, Kryskow remains the district’s “number one candidate” for practicing in the community as the district explores its options, Fraser added.

“She has some pretty particular skills so we’re looking to see she can dovetail into one of their clinics,” he said.

Livecare, based in Vancouver, helped reopen the Taylor Medical Clinic amid a doctor shortage in June 2014, providing medical services through a hybrid model of telemedicine as well as face-to-face visits by a visiting doctor.

However, the company said it can't afford to keep the clinic open unless a new funding model for telemedicine services is provided by the province or health authority. The district had already been injecting roughly $125,000 per year into the clinic's operations since it reopened under a partnership with Livecare in 2014, however, the clinic posted an estimated $136,908 loss in 2016.