JERUSALEM — Prime Minister Benjamin Netanyahu on Wednesday urged the world not to revive the troubled international nuclear deal with Iran as he opened Israel's annual memorial day for the 6 million Jews who perished in the Holocaust.
Apr 8, 2021 6:06 AM By: Canadian Press 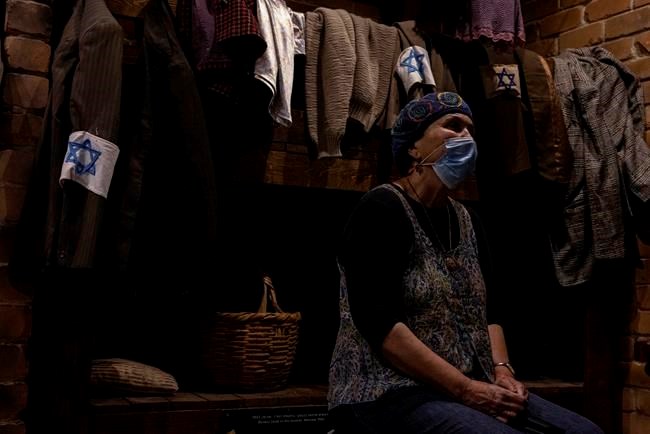 JERUSALEM — Prime Minister Benjamin Netanyahu on Wednesday urged the world not to revive the troubled international nuclear deal with Iran as he opened Israel's annual memorial day for the 6 million Jews who perished in the Holocaust.

Speaking as world powers are launching a new effort to bring the United States back into the foundering 2015 deal, Netanyahu also said that Israel was not obligated to respect it.

“History has taught us that deals like this, with extremist regimes like this, are worth nothing,” Netanyahu added. “An agreement with Iran that will pave the way for nuclear weapons — weapons that threaten us with destruction — we will not be obligated to such an agreement in any way. We have only one obligation: to prevent anyone who seeks to destroy us from carrying out his plot.”

The 2015 agreement, spearheaded by the Obama administration, imposed curbs on Iran's nuclear activities in exchange for the lifting of painful economic sanctions.

Netanyahu strongly opposed the deal, saying it did not include sufficient safeguards, and welcomed the Trump administration's withdrawal from the agreement in 2018.

President Joe Biden, who was under Barack Obama when the original deal was negotiated, has said he wants to bring the U.S. back into the agreement but that Iran must reverse its violations.

The U.S. and Iran announced last week that they were starting indirect talks aimed at reviving the deal, a development that raised concerns in Israel.

Netanyahu also used the occasion to lash out at the International Criminal Court, which has launched a war crimes investigation against Israel that will focus in part on Israel's wartime practices in the Gaza Strip.

Netanyahu called the investigation “absurd” and accused the court of distorting its original mission — rooted in the Nuremburg trials of Nazi leaders after World War II.

“During the Holocaust,” he said, “we had no rights, no country, no protector. Today we have a country, we have protection and we have the natural and complete right, as the sovereign country of the Jewish people, to defend ourselves from our enemies.”

The ICC investigation is looking at Israeli military activity in Gaza during the 50-day war in 2014. Over 2,200 Palestinians were killed, more than half of them civilians, according to U.N. tallies.

The Palestinians and human rights groups accuse Israel of using excessive force and not taking enough safeguards to protect civilians. Israel says it was acting in self- against Hamas rocket fire. It says the Islamic militant group is responsible for civilian casualties because it used residential areas to carry out attacks.

Israel, founded in 1948 in the wake of the Holocaust, is today home to a large but rapidly dwindling community of fewer than 180,000 aging survivors.

Holocaust memorial day is one of the most solemn on Israel's calendar.

The 24-hour period began with an evening ceremony at Yad Vashem, the national Holocaust memorial, where Netanyahu and other dignitaries spoke. Six survivors lit six symbolic torches to commemorate the 6 million Jewish victims of the genocide by the Nazis and their collaborators.

During the annual memorial, places of entertainment and restaurants shut their doors and TV stations either cease broadcasting or dedicate programming almost exclusively to Holocaust documentaries, interviews with survivors and melancholy music.

On Thursday morning, Israel will come to a standstill as sirens wail for two minutes in the morning. Pedestrians typically stop in their tracks, and cars and buses halt on the streets while drivers and passengers step out of their vehicles to stand with their heads bowed.

Other ceremonies on the solemn day include the public reading of names of Holocaust victims at Israel’s parliament and elsewhere around the country.