Scott Rudin says he will 'step back' from film projects also

NEW YORK — Scott Rudin says he's “stepping back” from film and streaming projects, along with his Broadway productions, as the fallout continued for one of the entertainment industry's most powerful and prolific producers following renewed accusation
Apr 20, 2021 2:38 PM By: Canadian Press 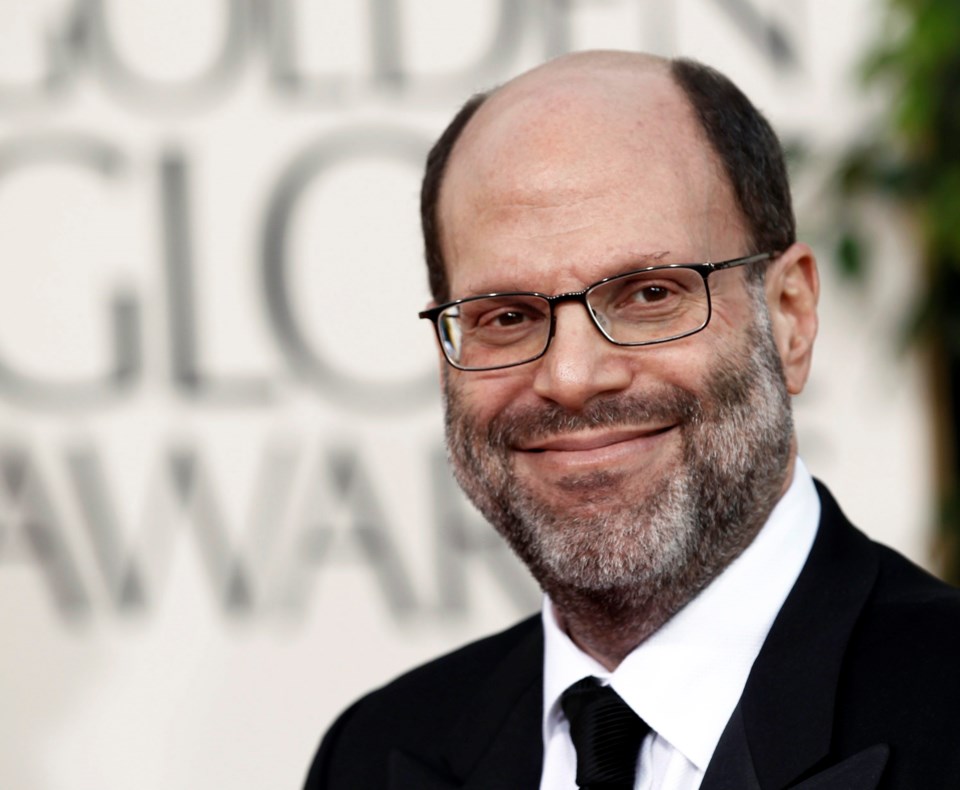 NEW YORK — Scott Rudin says he's “stepping back” from film and streaming projects, along with his Broadway productions, as the fallout continued for one of the entertainment industry's most powerful and prolific producers following renewed accusations of bullying.

In a statement Tuesday, Rudin said he would use the time to “work on personal issues I should have long ago.” Rudin, who has many projects in various stages of development, didn't otherwise specify what “stepping back” entailed.

“When I commented over the weekend, I was focused on Broadway reopening successfully and not wanting my previous to detract from everyone’s efforts to return,” said Rudin. "It’s clear to me I should take the same path in film and streaming. I am profoundly sorry for the pain my has caused and I take this step with a commitment to grow and change.”

On Saturday, Rudin said his work on Broadway would for now be filled by others, including those already at work on those productions. His responses follow a story by The Hollywood Reporter on April 7 that detailed numerous instances of alleged harsh treatment of employees of his production company, including smashing a laptop screen on an assistant's hand and throwing objects including glass bowls, staplers and baked potatoes.

While well known for his allegedly verbally abusive treatment of a revolving door of assistants, the 62-year-old Rudin has long shepherded some of the most acclaimed films and Broadway shows to fruition. His productions have accumulated more than 150 Oscar nominations and some 17 Tonys.

That includes films like “No Country for Old Men,” “The Social Network,” “The Truman Show,” “Fences” and “The Grand Budapest Hotel.” His Broadway hits include “The Book of Mormon” and “To Kill a Mockingbird.” In the past, he’s defended his workplace environment as part of a tough and competitive business.

Upcoming film projects for Rudin include Netflix's starry adaptation of the bestseller “The Woman in the Window,” A24's adaptation of the Tony-winning play “The Humans" and Joel Coen's Shakespeare adaptation “The Tragedy of Macbeth," with Denzel Washington and Frances McDormand — also for A24 Current Broadway shows produced by Rudin include “The Book of Mormon,” “To Kill a Mockingbird," “West Side Story" and the upcoming revival of “The Music Man."

A24 is ending its relationship with Rudin on future films, said a person familiar with the company’s plans who was granted anonymity because they weren’t authorized to speak publicly on the matter. The boutique studio and Rudin have collaborated on some of the most acclaimed films of recent years, including “Lady Bird,” “Uncut Gems" and “Eighth Grade." In December, A24 and Rudin set plans to adapt the 2020 bestseller “Shuggie Bain.”

While most of Rudin’s collaborators have been quiet following the article, several prominent unions earlier responded. The Actors’ Equity Association, which represents more than 51,000 professional actors and stage managers in live , called on Rudin to release former employees from nondisclosure agreements signed during employment with him.

SAG-AFTRA, the Actors’ Equity Association and the American Federation of Musicians Local 802 earlier released a joint statement that didn't directly address the Rudin report but spoke out against toxic workplace environments.

“Every worker deserves to do their job in an environment free of harassment of any kind, whether that harassment creates a toxic workplace or, certainly in the case of sexual harassment, when that is also against the law," the unions said.